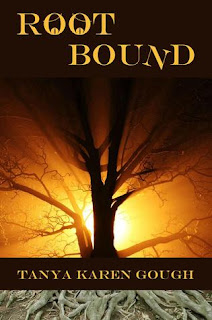 "A lighthearted, whimsical confection that will delight both kids and their parents’ inner child." - Kirkus Reviews
How far will you go to find your way home?
Emma and her father are always on the move, travelling from place to place as her father’s work demands. Their new home, however, is different. There’s a frightening woman who lives down the hall: she bears an uncanny resemblance to a witch. A mysterious light comes from her apartment, and a small boy seems to be trapped inside.
School in this town is no happy place either, with an odd principal and a gang of girls who make tormenting Emma their special project. And strangest of all is the fact that there seem to be brownies - basement brownies, in the air vent in her bedroom.
Haunted by visions of her mother, Emma travels through the brownie burrow to the valley of Hades to visit with the goddess Ceres, following a series of clues that lead her across the sea of memory to the centre of the world.
There, on an inhospitable rock floating in a sea of steaming lava, Emma must find a way to release her mother from the sea of memory and restore magic to both the brownie burrow and the human world above.

Emma and her father are constantly on the move. His job as a musician doesn't offer up much possibility to stay in the same place for very long. They just moved to a new town in an old apartment building and there are a lot of new things to get used to; a creepy old woman down the hall with a mysterious light coming from her place, The notorious mean girls at school, having weird dreams and visions of her mother, and to top it all off brownies are coming out of the vent and they need her help! Without giving too much away , Emma must help the brownie save their home and hers from the evil witch trying to destroy it, but to do that she has to go with the Brownies to the "under" world. Yikes!

Root bound was a fast paced novel perfect for middle grades audiences. Gough quickly grasped my attention from page 1.  I loved the idea that there were whole communities of beings that lived "under" ground and under houses. I will be honest and say that I didn't know much at all about Brownies before I read Root bound, but now I Love the idea that I could have Brownies ( although to be honest .. the condo's I live in aren't that old, so I think my odds of having Brownies are sort of slim ). Root Bound had a Wizard of Oz feeling to it that I really enjoyed, mixed with some Greek and Roman Mythology.  I enjoyed Emma's adventures with the Brownies, and I am looking forward to seeing what other adventures she is up to in Water Works ( Emma and the Elementals : Volume 2 )

Tanya Karen Gough was born in Montreal, Quebec and raised in New England, where she developed a healthy appetite for ghosts and things that go bump in the night. An avid reader from a young age, she quickly worked her way through Alice in Wonderland, the Magical Monarch of Mo, Andrew Lang's Fairy Books, all of the Tintin comic books, Nancy Drew, and most of the other books in the children's library.

Finally, at the tender age of 10, she produced this poetic masterpiece:

To date, she has moved more than 25 times. Along the way, she earned two degrees in English Literature, taught overseas, became the owner operator of the Poor Yorick Shakespeare Catalogue, and contributed to a number of Shakespeare-related publications. Root Bound is the first of four books in the Emma and the Elementals series.

Tour Stop Giveaway! All you have to do is leave us a comment, what do you think about root bound... or even my review. Leave a comment and you are entered to win an E-Book copy of Root Bound.
Open Internationally ! Winners will be chosen randomly from the comments on March 4th !