Waiting on Requiem by Lauren Oliver 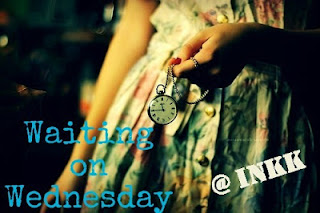 "Waiting On" Wednesday is a weekly event here @ Inkk, hosted by Breaking the Spine, that spotlights upcoming releases that we're eagerly anticipating.


This weeks "can't wait to read" selection is :

Now an active member of the resistance, Lena has been transformed. The nascent rebellion that was under way in Pandemonium has ignited into an all-out revolution in Requiem, and Lena is at the center of the fight.


After rescuing Julian from a death sentence, Lena and her friends fled to the Wilds. But the Wilds are no longer a safe haven—pockets of rebellion have opened throughout the country, and the government cannot deny the existence of Invalids. Regulators now infiltrate the borderlands to stamp out the rebels, and as Lena navigates the increasingly dangerous terrain, her best friend, Hana, lives a safe, loveless life in Portland as the fiancée of the young mayor. Requiem is told from both Lena’s and Hana’s points of view. The two girls live side by side in a world that divides them until, at last, their stories converge

First off! i just finished Pandemonium ( Book #2  in the Delirium series ) today! so needless to say the queen of cliffhangers Lauren Oliver, has left me dying for requiem! I can't wait. Lucky i don't have to wait a year, but march still feels like way too long of a wait! I am super excited for Requiem, but nervous as well...

...is anyone else concerned that Alex isn't even mentioned in that book bio?!??! Typing my book review for Pandemonium now, so bee on the look out for it , so we can chat if you have read it!

what are you waiting for this week?

Email ThisBlogThis!Share to TwitterShare to FacebookShare to Pinterest
Labels: Waiting on Wednesday